He is everyone's favourite hairy Wookie.

This is an official licensed Star Wars product by Rubie's Deerfield. 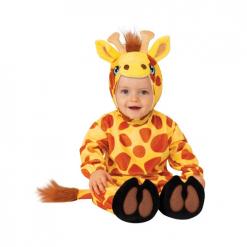